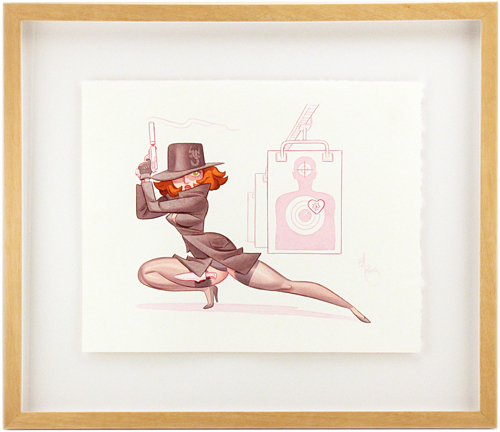 
I do order the seared venison salad, with pickled carrots, radish and ras el hanout, a dish that lacks flavour despite all that's going on on the plate. Our mains are a mixed bag.

There's roast pheasant with pomegranate, a beetroot and red cabbage slaw, dates and za'atar, confit octopus with black olive gnocchi, cherry tomatoes and shaved fennel, and duck breast with maple roast quince, filo cigar and hazelnut dukka. While the cooking is more than competent - the pheasant, octopus and duck are well executed in a technical sense - each dish lacks flavour, seasoning and excitement on the palate. The only poor dish as luck would have it, it's mine is the market fish of the day: ray wing served with autumn greens and a Persian carrot marmalade. The fish is over-cooked, dried out and utterly without flavour.

I'm not keen on the over-sweet 'marmalade' either. Sides are better; the roast fennel with licorice and green chermoula is excellent, and we enjoy the panisse chickpea fries served with a punchy salsa verde, and the regular fries with harissa mayonnaise what's not to like? Parsnips with a spiced honey butter are over-sweet.


Lemon posset with a mixed berry compote and delectable orange beignets is a lovely, simple dessert with contrasting elements that work beautifully together, but the white chocolate panna cotta with brownie and milk chocolate mousse is a one-dimensional sugary disappointment. We drank the elegant Claus Presinger 'Yes' from Austria, a blend of Zweigelt, Blaufrankisch and Merlot that has inexplicably changed its bottle style so radically as to be unrecognisable.

Why on earth would a winemaker do that? I sent it back because I thought that our poor beleaguered waitress had brought the wrong wine. I'd go back to Charlotte Quay for the great service, but I'd ask not to sit at the 'special' table again, and I'd rather eat simpler food that wasn't trying quite as hard to be fashionable, but rather concentrated more on flavour.

Katy McGuinness I'm on the hunt for somewhere interesting for Sunday lunch that can accommodate a wheelchair user. Katy McGuinness A sunny September evening and we're walking to dinner in Stoneybatter, now officially one of the world's 50 coolest neighbourhoods according to Time Out, having knocked nearby Katy McGuinness I've taken to studying restaurant wine lists in advance more assiduously than I used to.

In part, it's because wine prices have gone up so much thanks to a combination of increased taxes Photo: Doug O'Connor. November 27 AM. Rugby World Cup The vaping controversy: No smoke without fire? Since horoscopes are basically personality profiles, I thought it would be great to imbue each pin-up with the personality of each sign and try to come up with a pin-up concept that represents that character instead of doing the typical thing of dressing her up in the superficial trappings of that sign.

For instance, I didn't want to dress up Taurus with bull horns on her head or have Pisces riding a couple of giant fish.

here Not that there is anything wrong with that, I've just seen it done before. So I started to do a bunch of research and made lists of personality traits, then started to do thumbnails to search for the concept of the piece.

I usually had to try to boil it down to one over-arching trait that would make for a clear pin-up idea. For instance Cancer became "the nurturer" and Leo became "the center of attention". Here are all of my original notes and sketches.